White
Sign In · Register
Home› The Sims 3› Creative Corner› The Sims 3 Stories and Legacies
To read the January 21st Inside Maxis Sims 411 Recap, click here
January 21st- It's time for our Friday Highlights! You can check them out here! 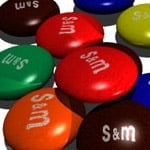 Welcome! I'm Mastress Alita, author of Sim Stories and maintainer of the Stories and Legacies Index, a collective of Sim story links that aims to be the ultimate virtual library for any and all stories using a Sims game for its inspiration!

My goal had been to eventually get to feature each story registered with the Stories and Legacies Index at some point, but the large amount of time the project took and my mounting health concerns made that far too lofty of an endeavor. I also started to lose a lot of my initial momentum for the project when I just kept watching story after story I'd featured be put on perpetual hiatus, discontinued, or even the sites completely deleted, causing me to have to delete entire portions of my write-ups because I did not want to refer people to stories that no longer existed, and by the time my last edition came out, "It's Chic to be Geek!", an edition I'd put a particular amount of time and effort into, I just didn't really have many folks interested or reading this thread anymore. It was time to let the project go.

Is this the end of Reading Roundup? Yes and no. Currently I have very little time for reading, but when I do again, I will likely chat about what I read over in my new blog section, Teatime Tuesday, which also reviews tea (yes, tea). So if you want some Simlit reviews with your cuppa, that would be the place to check going forward.

To all that supported Reading Roundup last year, thanks so much!

Have a Sim story site? Please submit your link to the Stories and Legacies Index!
Check out my Simlit at Sim Stories: Hijinks from the World of Sims 3!
My Simlit Discussion/Updates | The Fringe | Short Story Challenges
5