White
Sign In · Register
Home › Creative Corner › The Sims 4 Challenges, Stories and Legacies
April 7 - We just released a patch Day for The Sims 4 on PC/MAC. Patch notes here.
April 3 - It's Friday! Find here this week's Friday Highlight
April 6 - A word from our team: coming soon to The Sims 4 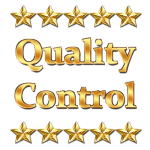 Hi everyone and welcome to SimCom.
SimCom is short for The Simming Community, together with a few of my favourite people from the Sims forums we hope to entertain you highlighting a variety of sims activities and features.
We hope this thread will become highly interactive for you in any area you choose, each section will have an interactive part to it where you can get involved, nominate people, be creative, submit creations and also chat.

Also you will find The Gazette Interviews have moved over here and now has a fresh new look and renamed The Simformer to be a part of this wonderful thread.

Firstly I would like to introduce you to the wonderful people that helped bring this together:
@lisa17ann, @pebblycat, @pammiechick, @mommataurus2 oh and me @Cbear13.

We are a crazy bunch of ladies that have a huge addiction to this game and would like to share with you our areas of passion.
You can find a table of contents below with direct links to each area of SimCom.
Each of us will be updating our own sections and we will inform you by a new post when we have done so. There is no time frame on this so that we can enjoy this experience as much as you and do it in our own free time. So keep your eyes peeled.

We do ask that everyone be respectful to everyone while using this thread, anyone being rude or disrespectful will never be showcased or advertised in anyway. This thread is purely for the enjoyment for the community if you have any issues please message myself or one of the lovely ladies listed above who run this thread with me.

We hope you all enjoy this as much as we are and we cant wait to have some fun with you.