White
Sign In · Register
Home› Discussion› The Sims 4 General Discussion
June 27 - Let's pick our Best of Simming for June 2020!
June 26 - Take a look at the Friday Highlight and discover some awesim discussions! Click me! 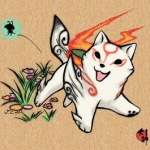 Nindigo Posts: 2,422 Member
June 22 edited June 22 in The Sims 4 General Discussion
So, Evergreen Harbor comes with two same-gender families; the Tinkers and the Greenburgs. But those are all females. To maintain balance and equality, we need two families based around male Sims in future packs - the next game pack, for example.

I'm a little worried that female couples will get favored over male couples in our game. There is nasty a tendency out there in the world to be more accepting of female couples. I really hope that won't be the case in The Sims 4.

Any thoughts? (keep it decent, please)