The Sims 5 should be much more Advanced , with more Player control.More player involvement. 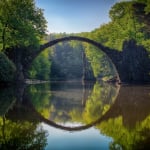 EnjoyfulSimmer Posts: 1,242 Member
June 2019 edited June 2019 in The Sims 4 Speculation and Rumor
Even if you want to claim that you dont want The Sims to be just like real life, thats cool and that isnt the point. That isnt really the argument im making here either. Its about just how little effort has been made to actually make the games an immersive and fun experience. In sims 3 there were imaginary movie theaters. And our sims would disappear inside to have popcorn and watch movies on the big screen while you waited outside. And Imaginary diners where sims would teleport to their booths and have all this pretend food and you would imagine them being inside and having this great time.There were also Imaginary spas, where your sims would go to treat themselves to saunas and back rubs, but you couldnt get a peek inside. And make believe sports arenas where sims sat back with hot dogs and refreshments and watched games you could never see. And even imaginary tombs at the graveyard where sims would go inside and become spooked by something scary. But you had to imagine what it might be.

I think that so far, the sims games have failed to be proper life simulations at all. And if Sims 5 is more of the same, what is the incentive to shell out the money for it? After I have already invested literally hundreds of dollars on Sims 4 and if you combine Sims 1,2,3 and 4 over the years thats well over $1000 of content just to be able to do the same stunted imaginary play in each new game.

Rabbit holes, should be optional, for those who want less .But those of us who dont want to imagine and pretend our way through a game that calls itself a life simulation, we should have the chance to play a game where all of the activities can be actively participated with by the player. And OPEN to us. In sims 4 it has been announced that one of the new water activities it just a rabbit hole. Why is it that we are still being forced to play in such a closed off manner? You have those who dont mind rabbit holes and thats okay. But what if I dont want just another building shell to run off too. It should not be on me the player, to imagine things. I dont want that, I want to be a part of the gameplay.

I need more for Sims 5 in order for me to actually buy it, because im not buying a 5th title for the same tired and rehashed experience. There is honestly no reason to even create a new title , if you're not going to innovate and expand to new heights you've never before reached. Us original simmers are getting older now. Sims 5 should be a new sims experience.Allow us to have more openness and more gameplay abilities than we ever had before.

Post edited by EnjoyfulSimmer on June 2019
"Let Our Hearts And Hands Be Streched Out In Compassion Toward Others."
18