White
Sign In · Register
Home› Feedback› The Sims 4 Ideas Corner
June 27 - Let's pick our Best of Simming for June 2020!
June 26 - Take a look at the Friday Highlight and discover some awesim discussions! Click me! 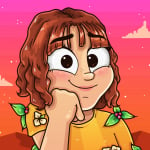 crazycat_135 Posts: 1,318 Member
May 2015 in The Sims 4 Ideas Corner
If the Sims team ever decides to add preteens in the mix what do you think they would look like. Of course they will probably add toddlers first, but preteens may be a possibility. Would they go to middle school and maybe have little crushes, but of course not full blown romances. Would they be in between a height of a child and teen. What else does everyone else think they would be like? :)