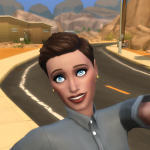 Cookingpup99 Posts: 443 Member
November 2014 edited September 2021 in The Sims 4 Challenges, Stories and Legacies
UPDATE 25/09/21: Adoptions are allowed! (excluding generation 1) I realise no adoptions wasn't a very inclusive rule and have removed it to be more inclusive!

No Cheats
No Mods that can make the challenge easier or provide you with an advantage i.e mods that alter the prices of objects or bills or enable easier promotions etc
Custom Content is allowed
No quitting game without saving
The heir is required to stay on the lot until they die
No Lifetime Rewards (exception for gen 2 and Fertility Treatment)
You are allowed to play other households as long as you do not interact with the sims involved with the legacy (so i.e I am going to change the clothes on one of the sims and I'm going to make one of their friends get married or something)
When you move onto the next generation, the old heir/founder cannot earn points from their point chart, likewise, they cannot lose points either.
Only skills that have been maxed by the heir to the next/of the current generation are counted for points.
You may use the MC Control Center on other sims as long as they are not married to the heir, going to become the heir and/or related to the heir and still living in the household.


GENERATION 1: SINGLE PARENT OF ONE (Two if they have twins, three if triplets)

You create a sim. They venture out into the world to make a living. They reach level 2 of a career of your choice. They meet someone and become pregnant or impregnate someone. The other parent disappears. They are left with a baby to look after alone and this becomes their main focus until the child goes to school.

15pts for maxing a skill
20pts for retiring
25pts for reaching the top of their career/owning a retail store worth $250,000/own and run a five star restaurant
-25pts if they have a child before they reach level 10 of their career

When your chosen heir becomes a young adult, you can begin their generation. They missed the presence of their parent as they were busy with concentrating on work, so they don't get a job, but make money from the paintings they paint.

When your chosen heir ages up to young adult, this generation begins. They hated how their parent spent their life just painting and did nothing else, and they swear that they will not commit to doing just one thing. You can choose any career, but they must have at least 3 and reach level 5 in each one. They have at least three different partners before they settle down.

When the child ages to teenager this generation begins. When they age up to young adult, they get pregnant. When they have the baby they don't love it, they don't want it but they have to keep it. They neglect the child, only feeding and cleaning it. They just ignore the child and get on with their life. They don't have another child.

10pts for reaching the top of career
10pts for retiring
15pts for maxing skill
-25pts for having more than one kid (unless abducted)
-30pts for being friends, good friends or best friend with child after they age to child

When your chosen heir becomes a teenager, they can start their generation. They spent their childhood with their half-siblings, watching them go off with their other parent and going off with their own other parent. Not wanting the same separation for their children they decided that they would only marry their one true love. They must fall in love when they are a teenager (if there are no teenagers, you may download some from the gallery). They must then get married to their high school sweetheart as soon as they age to young adult and have a baby soon after they get married. They must have at least two children.

When your chosen heir ages up to young adult, this generation begins. They are obsessed and intrigued with all things other worldly, and spend all their time reading and watching and researching other beings. Their main goal in life is to meet beings different to themselves and become immersed in their world.