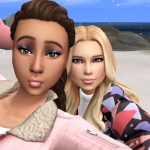 DaniRose2143 Posts: 5,988 Member
April 2022 edited December 2022 in The Sims 4 Challenges, Stories and Legacies
Since this story has grown so much bigger than I ever imagined I feel like its time to borrow a page from some of my favorite SimLit writers and offer you a synopsis of the characters and my thoughts on where to start for first time readers. With that said lets meet the cast shall we... 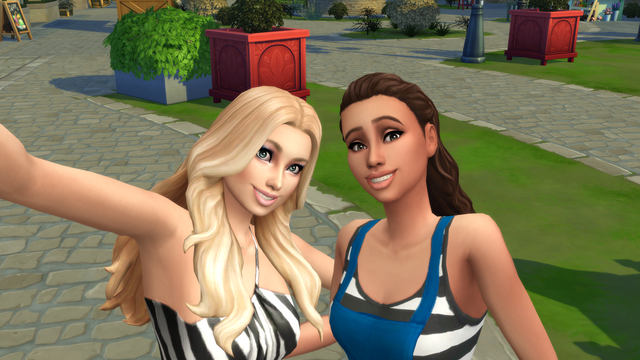 Danielle(L) is a romance novelist. She was born and raised in Willow Creek with her lifelong friends Summer Holiday and Liberty Lee. She moved to Tartosa searching for her muse. She had seen all the stories about how romantic Tartosa is and she felt there could be no better place to inspire her to write thrilling romances. So she packed up and moved. Tartosa has been all that she had hoped for and so much more. It was where she met Londyn Huntley, at the time an actress from Sulani, and the love of her life. They live on the little island lot at the southern tip of Tartosa. Both are Starlight Accolades winners and their careers are really taking off, even though Danielle is currently searching for a new publisher. 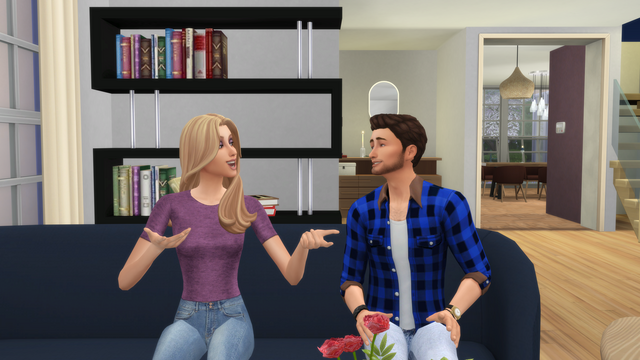 Summer grew up next door to the Chabert's and Lee's. She has been friends with both as long as they can remember. Summer is a talented chef and with some coaxing from Danielle she joined her friend in Tartosa. Since she's arrived her career has taken off and she met her lover Darian. Darian was a Dotcom wonder boy along with some buddies in college. They decided to sell their lucrative Dotcom business to a larger tech company, pocket the money and take a break for a while. He arrived in Tartosa planning for it to only be stop number one on a globe hopping journey, but after falling in love with Summer he's decided to stay right here with her. They are about to launch their own web based cooking show that they plan to film in their home. 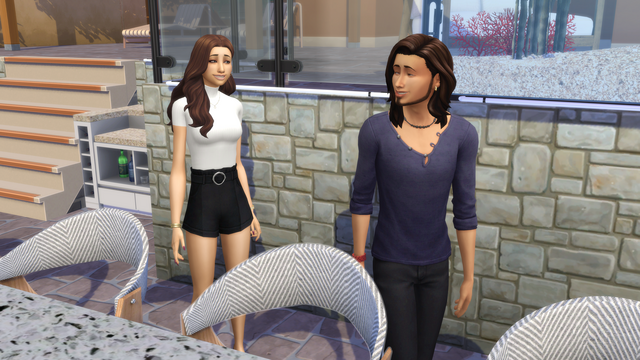 The third member of the Willow Creek expats. Her life was turned upside down by Travis Scott. He tried to take advantage of her and then lied to try and focus blame all on her. The fallout from that saw Travis booted out of the house, Summer finally answering Danielle calls to join her in Tartosa and left Liberty by herself in Willow Creek. She realized her dreams of being an astronaut were never going to happen so with a little nudge from Bella Goth she became a secret agent. On a trip to visit her friends in Tartosa she met Matteo and her life really changed. He was a hard partying play boy, or so he pretended. That lifestyle put him on the outs with his family and was threatening to wreck his dreams. He was instantly taken by Liberty and she saved him. They are now engaged and live in a lovely home overlooking the bay in Tartosa. Liberty is a star at S.I.M.S. where she is one of their lead investigators, and Matteo is back on track to realize his dream of owning his own restaurant. 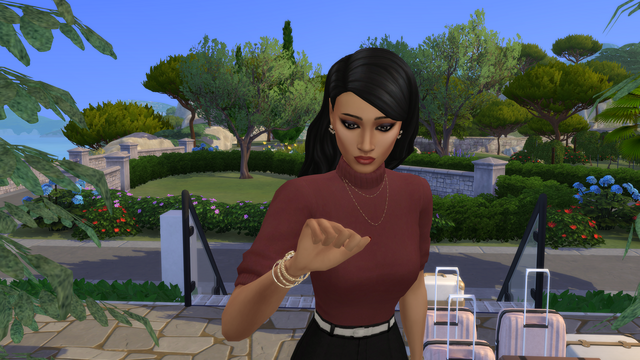 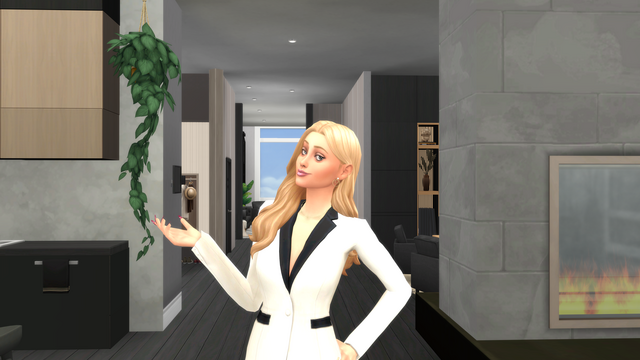 Izabella is an aspiring businesswoman. She has plans to create her own line of clothing and makeup. She has worked as both a model and an actress to earn some money and make contacts to help her reach her goals. She also has a business degree so she is more than just a pretty face. She used her education to turn the money she made from modeling and acting into the seed money for a good life and to get her business going. She had a brief fling with Leonardo not long ago when she was in Windenburg, and later Tartosa, on business. She was unaware of his dating Summer at the time and she also thought she had seen the last of him when she returned home. Izabella is no fool but she admits she has a habit of making and choices in men, a trait she got from her mother. 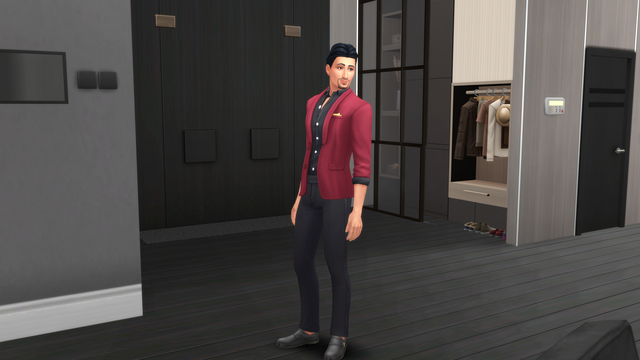 A former friend and roommate of Matteo's who briefly dated Summer until she realized he was more interested in himself than her. He is a first class weasel and a raging misogynist who had his former friends in Tartosa fooled. After Matteo fell in love with Liberty they asked him to move out so that they could be alone together as they started their life together. Liberty had broken Leonardo's spell over Matteo when she rescued him from the party crowd. Quietly seething at Liberty and Matteo for ending his free ride on their dime he sought out an easy mark he could con into supporting him, Izabella. He turned up at her door recently full of charm and lies. He thinks because he got in good with Izabella once before that she will easily fall for his con. She took him in, but he's in for a shock. She's not the dummy he thinks she is. She has every reason to believe he's conned other women and she wants to put an end to it before he does it to her or another unsuspecting woman. 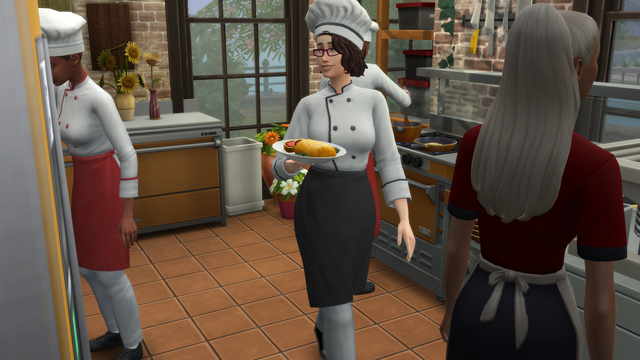 A 5 Star chef who recently beat out Summer for the job of host of a new Foodie Network cooking Show. Hannah is Summer's shero and she works hard to open doors for other women to follow in her footsteps. She is going to mentor Summer and help her reach the same heights. 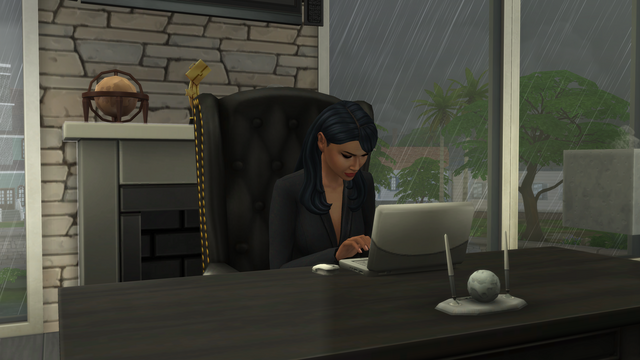 Liberty's boss and a tough but fair one. She has a reputation around S.I.M.S. Headquarters as the Dragon Lady. It is a carefully crafted facade that keeps certain troublemakers in line or at a distance. The agents who work under her see a different side, but make no mistake she expects nothing less than their absolute best. If they give her that she will do anything for them. 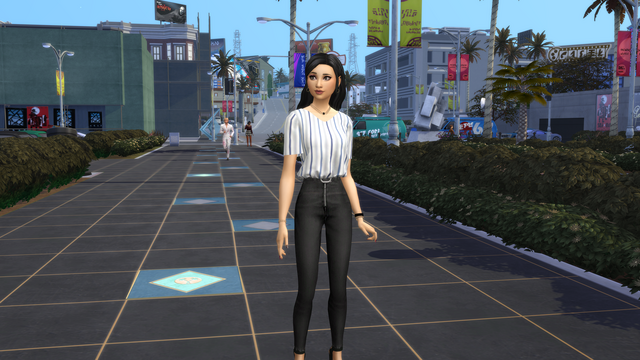 Londyn's friend and fellow actress. She is quite the comedienne and famously caused merry chaos when she officiated Londyn and Danielle's wedding. She later admitted to Londyn, that she intentionally, and hilariously, flubbed her part.

If you are new to this story after reading the bios above you can jump in anywhere really and not feel too lost. I will offer my list of chapters I think will help get you into the story and I will include the page number where it can be found.

I would suggest starting with Chapter 6 (page 2) where we see Danielle reveal the depth of her love for Londyn. Next I would suggest Chapter Fourteen Parts One and Two (page 6), this explains the rift that used to exist between Londyn and her parents and their reconciliation after learning of her engagement to Danielle. It is a wonderful story of mending relationships and acknowledging wrongs and coming back together in the spirit of love and understanding.

After that if you're interested in Venessa's virtuoso comedy wedding officiating you will need to read Chapter 20 (page 8). It's not something you have to read to get into the story but as time goes by I think her part gets funnier and funnier.

The next chapter you should read is Chapter 22 (page 10), where you get a glimpse into Matteo's wayward period and how Liberty pulls him back from the brink and then I you can carry on with the remaining 9 or 10 chapters that will catch you up to where the story is as we prepare to ring in 2023.

Thank you all so much for reading. I say this a lot, but it's true, I never could have imagined when I sat down back in April to start this that it would grow to become what it is. I owe it all to you the readers. You inspire me, and as you will see as you read through that inspiration has done so much to make me a better writer and storyteller.❤️

Post edited by DaniRose2143 on December 2022
My Gallery ID: DaniRose2143
Under The Tartosan Sun
Schemes and Dreams
8