White
Sign In · Register
Home › The Sims 3 › Creative Corner › The Sims 3 Stories and Legacies
March 27 - Click here for the last Friday Highlight of the month!

The Circle - A Sims3 Reality Show where you can be who you want to be! 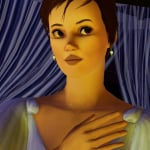 Alleenmens Posts: 17,790 Member
January 22 edited January 28 in The Sims 3 Stories and Legacies
The Circle where you can be who you want to be! Yourself or someone else! Be whoever it takes to win a $100000!

What is the show about?

Within the show, contestants are isolated with their own apartments, and can only communicate to the other contestants via "The Circle", ostensibly a computer program which transcribes their messages into text as if in a social media app. Contestants are thus able to present completely different identities to the others to hopefully win them over. Every so often, the group of contestants will be asked to rate their fellow contestants, with the top vote-getters becoming the "influencers" of the Circle, giving them the power to "block" one contestant from the circle, eliminating them from the game.

How it will work and rules?

1. Because we want to protect the catfishes,

they will appear as such in the episodes. Only after they got eliminated or in the final 5, they will be shown as their true selves.
2. Because I want everything to be confidential and secret, I will ask you to send me your simfiles and not uploading them to the exchange where everyone can see them.
3. Nobody is allowed to tell anyone who their sims are. You will know who the creators are when the season is done. It just makes it fair to everyone and the show more interesting.
4. Alliances will be formed through me via private messages.
5. Everyone will send me 2 or 3 sims depends on if your sim plays as him/herself or a catfish.
6. The game will start with 8 sims and will be replaced with another sim of the same creator when they got eliminated. There will be 13 different sims in total on the end. And there won’t be more than 1 sim per creator at any time in the game to make it fair when it comes to the ratings.
7. Any other questions? Just ask.
Ideas for Catfishes:

Although I’m not going to allow more than 4 catfishes. It will be too many sims on the end… 😉

Signup and have fun guys!

User Name:
Sim Name:
Gender:
Age:
Sexuality:
Short Bio:
What made you apply to participate in the show?

If your sim plays as a Catfish:
Sim name:
Gender:
Age:
Sexuality:
Short Bio:
Why are you playing as a Catfish?

Sims 3 packs I have:

I have all the EP's and

I have store items but its too many to put it up here. Just ask me if I have it if you use store-items.