White
Sign In · Register
Home› Off Topic Chat
Fresh off the press - the April 13 Laundry List! Click here to find out more!
April 16 - It's time for our Friday Highlights! You can check them out here!
Welcome to all NEW SIMMERS joining us on the Sims forum! 🎉 Have fun on the forum and please make sure you check out the forum rules and
the rules about necroposting.
Sul sul Simmers! It's awesim to see that so many of you are starting new and interesting discussions! But please make sure that you do so in the right forum section. Thank you! 🙂

Do you think they're currently working on The Sims 5? 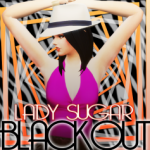 Lady Sugar Posts: 201 Member
February 2018 in Off Topic Chat
What do you think guys? Do you think they're currently developing TS5? If yes, why do you think so? have receipts? Show them off.

"Here's my invitation baby. Hope it set us free, to know each other better. Put your love all over me"
-"Invitation" Britney Spears.