Let Sims wear their assigned CAS outfits instead of weird situational ones, please 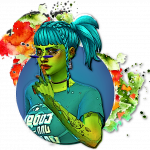 Firande Posts: 793 Member
November 2017 edited December 2017 in The Sims 4 Game Feedback
So ever since the latest patch (on November 7) was released, Sims have been wearing these strange, all but ridiculous outfits at nightclubs. I immediately made a bug report about this; I didn't care much about these outfits being worn at festivals as there was an easy fix and I didn't visit festivals that much anyway, but to have these outfits be worn by our own Sims at nightclubs, I really did not like that. So I was entirely sure that this was a bug - after all, every Sim was forced to wear strange hats and glasses and they simply looked utterly ridiculous. However, I was then told that this was actually "by design." I don't mind townies walking around in strange clothes, but premades and our own Sims actually have outfits assigned to them in CAS, so WHY are they forced to wear these clothes? Why can't they just wear their assigned outfits instead of these ones, which I think I can say with certainty nobody asked for nor wants?

I'm quite angered by the fact that these outfits are "by design," as I DON'T want to see my own Sims walk around in such ridiculous clothes. I was told that since this isn't a bug, I should post my opinion about this in the feedback section. So my opinion here is: please, for the love of god, let Sims wear the outfits we assigned for them at nightclubs but also any other venue, instead of these situational outfits with forced hats and glasses that look like circus wear. Why do we even have the option to assign outfits to our Sims if they aren't going to be used? 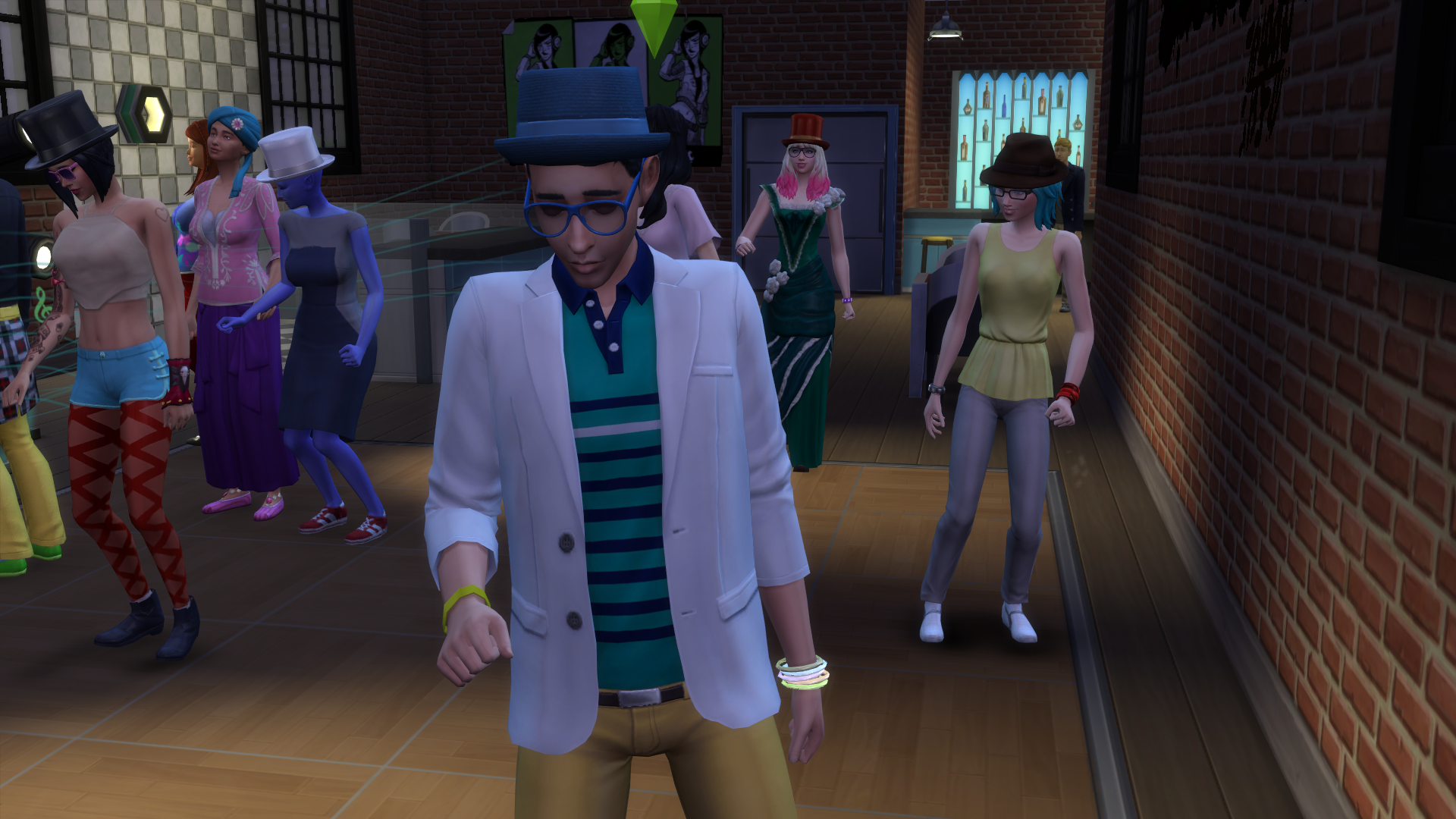 I'd much rather my Sim (the guy on the left) look like this... 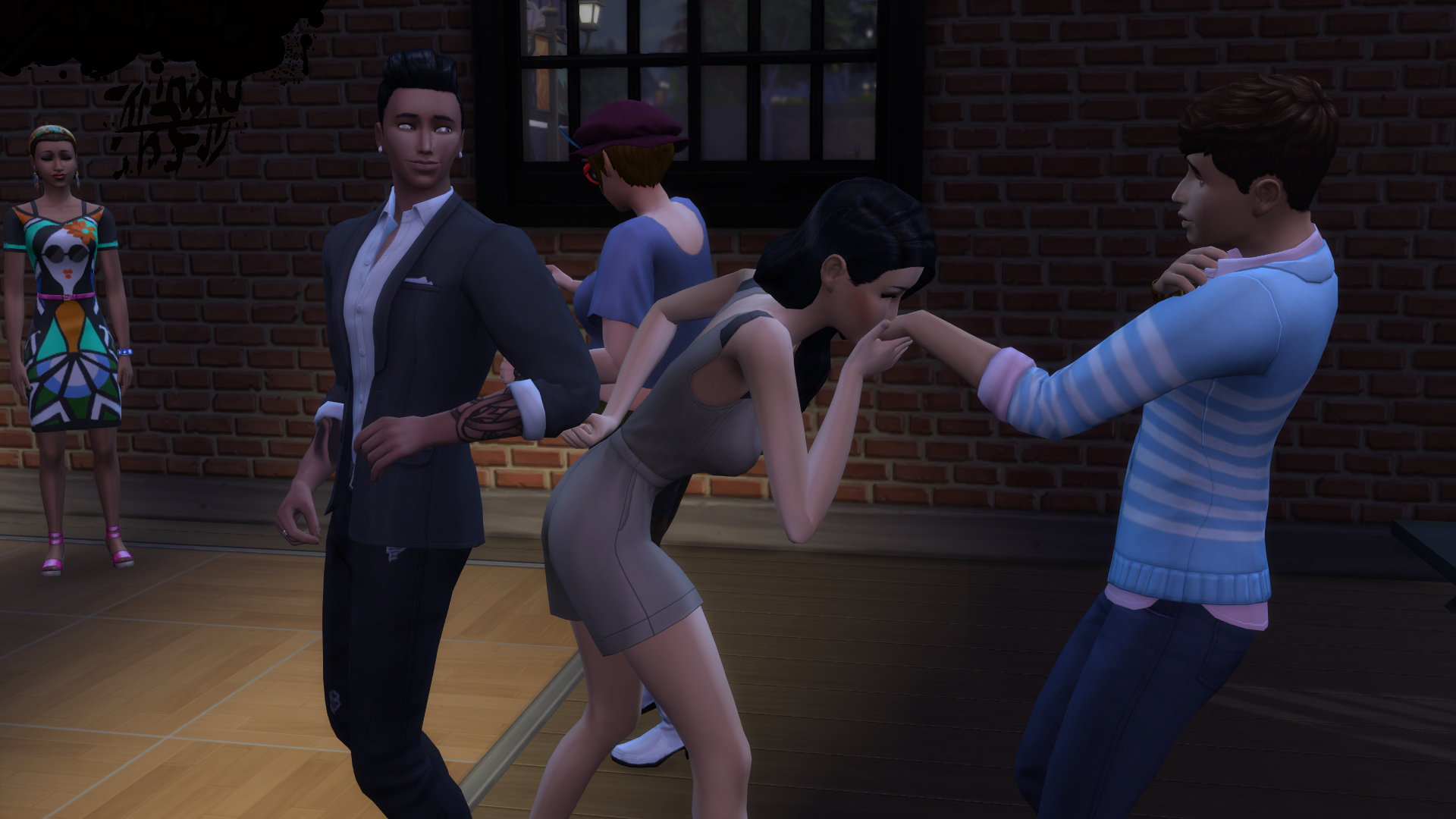 ...than this, which is what he initially showed up. I had to let my Sim ask to see his assigned party outfit to change it. 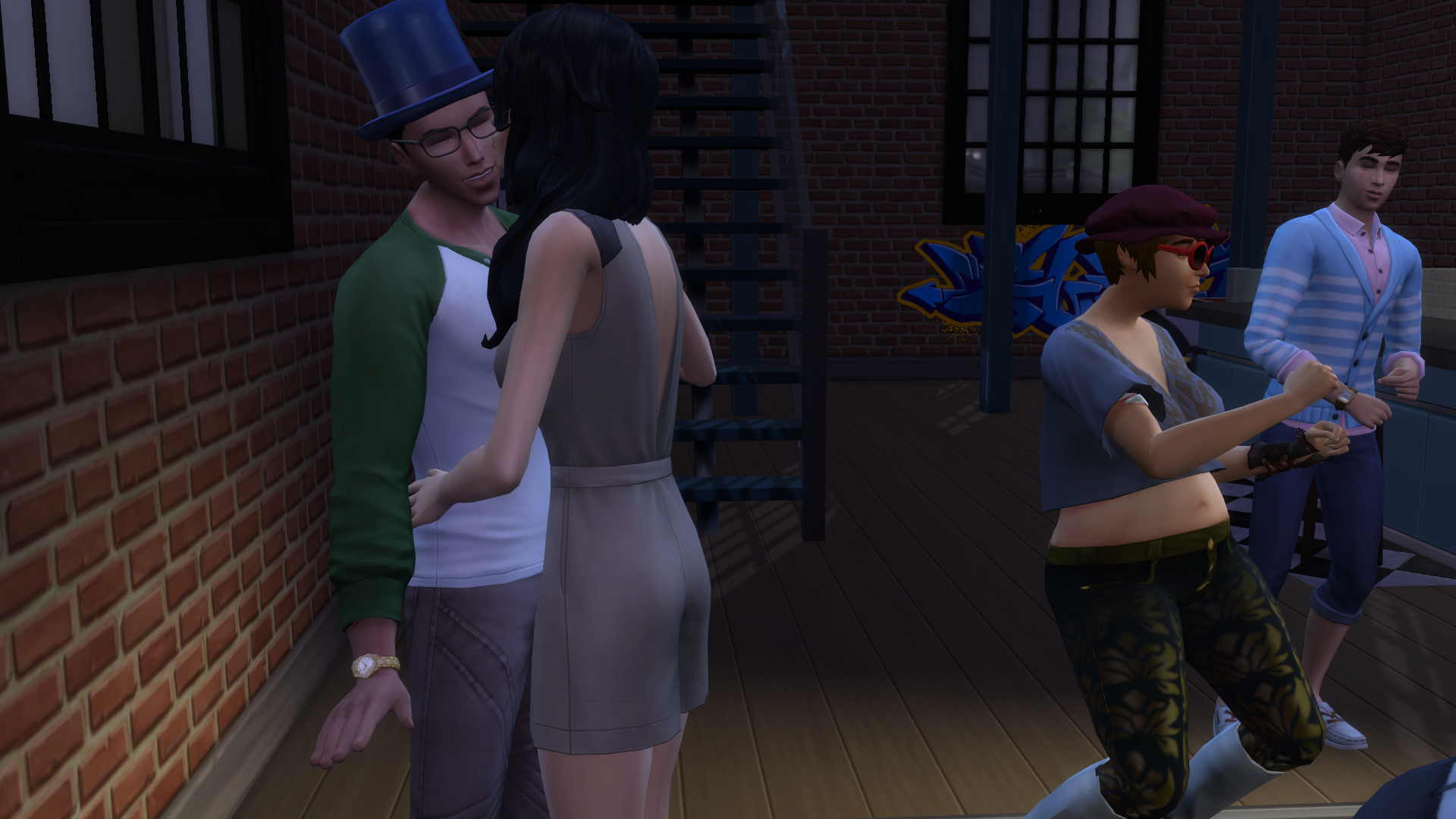 EDIT: A SimGuru has confirmed that this was not actually intentional, and they are currently working on a fix where Sims show up in party outfits at nightclubs.

ANOTHER LATE EDIT (sorry for being so horribly lazy with keeping this post up to date): The issue where Sims wore ridiculous outfits at nightclubs and parties was fixed in the last patch (Dec. 12); Sims should now be wearing their assigned party outfits. Romance festivals outfits also don't look as horrible anymore, but there are still Simmers not happy about the fact that their Sims' outfits are changed at all (for the Romance festival).
Post edited by Firande on December 2017
Origin ID: Fierande | Simlit | Tumblr 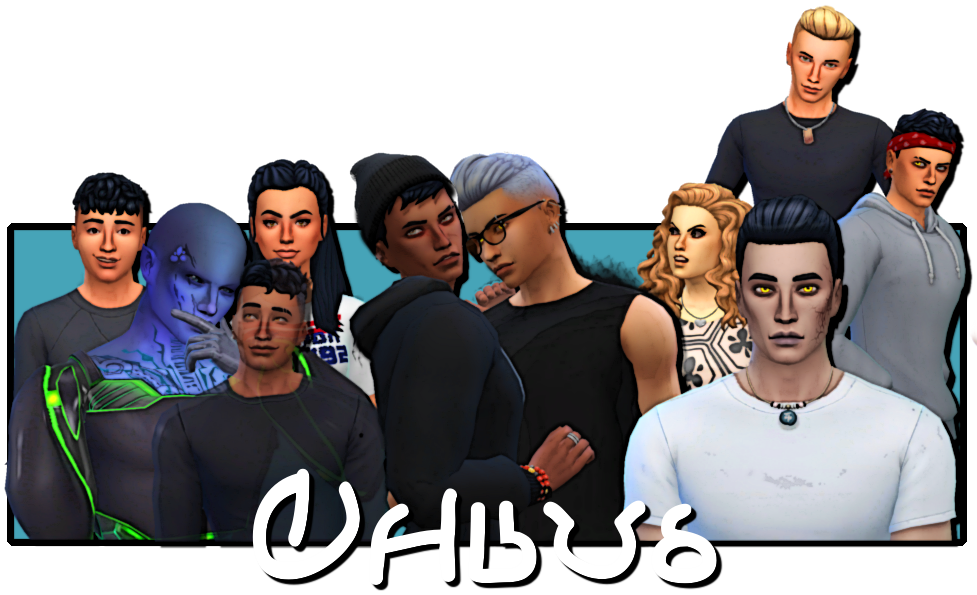