White
Sign In · Register
Home› Discussion› The Sims 4 General Discussion
June 24th- It's time for our Friday Highlights! You can check them out here!

Has anyone ever had sims they didn't purposely kill in the Sims 4 die? 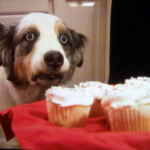 OriginalName Posts: 292 Member
February 2020 in The Sims 4 General Discussion
I mean other than old age if you play with aging on.

I was looking through screen shots on this forum and noticed a few death scenes, and it seems like on youtube I see quite a few sims die (granted 99% of those are staged and the youtuber tries to play it off as a random occurrence). But I honestly dont think I've ever seen a single solitary sim die in the Sims 4 that I wasn't directly responsible for. I play with aging off because I'm a wimp

Now I'm not looking for the massive death waves I used to get in the Sims 3 were two or three weeks into a new playthrough half the town would suddenly die from drowning or catching fire and the death notifications would just start rolling in. But it would be nice if something happened somewhere in the Sims 4 world when I wasn't around. And yeah I know that's a common complaint, not trying to beat a dead horse here.

But I am curious, has anyone ever had another sim die (except from old age), and it wasn't on purpose? If so, does it happen a lot?