White
Sign In · Register
Home › The Sims 3 › Creative Corner › The Sims 3 Stories and Legacies
February 21 - Everyone ready for the Friday Highlight? It's ready for you here!
February 14 - 3rd vote results for the Community Stuff Pack are ready! 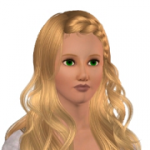 A world seemingly doomed to be washed in white forever crumbles when a brave step out the door explodes everything into color.
Start the adventure.

Disclaimer: I am aware there was once another rainbowcy with the same title of "Color My World." However, since it has not been updated in over a year and never got past the beginning of the first generation I hope no one minds terribly if I use the name for my story as well.
Post edited by iButterfree on May 2018