White
Sign In · Register
Home› Discussion› The Sims 4 General Discussion
You Make The Sims! Let's recognise and celebrate our amazing community! 💚
As we celebrate Black History Month and highlight our Black players, tune into their Twitch live streams and join the fun! 🖤
February 19 - Is everyone ready for the Friday Highlights? Check them out here.
Welcome to all NEW SIMMERS joining us on the Sims forum! 🎉 Have fun on the forum and please make sure you check out the forum rules and
the rules about necroposting.

What Happened In Your Game Today, The Non-Serial Story Version 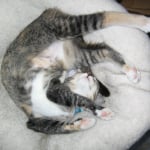 Catzilla Posts: 823 Member
May 2020 in The Sims 4 General Discussion
Have you wanted to share some funny or goofy or nifty or amazing happenings from your gameplay session but didn't really feel like it fit in with the more involved and in-depth story teller's serial story recap discussion? Well, here's the place for all those one-off things you just want to share and talk about with other players. Feel free to post your screenshots too.

This isn't to start a new serial story recap thread or to take away from that thread, which is fun to read if you haven't yet, but is for sharing single vignettes from your game that entertained you or that you wanted to share.
54