What does the Gallery do for you? 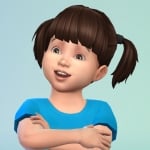 SimGuruLyndsay Posts: 339 SimGuru
January 2015 in General Mods Discussion
Hey modding friends - I wanted to get some feedback and comments from you about how the gallery matters to you and your Mods & CC. Now that it's available through more than just the game (web gallery for example) do you find you link to it more? Is it helping you share your CC or Mods? Do you wish you had other features or capabilities? Is there something different you'd like the gallery to be doing for you? I've been really excited to see how people are using the gallery in general but you, as modders & CC users, might be looking for some other features or elements that wouldn't come up in the general conversations or threads. Thanks!
5