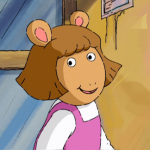 filipomel Posts: 1,621 Member
November 6 edited November 6 in Project Rene Community Discussion
I would like to have a conversation about Project Rene and it's potential content distribution in the Base Game vs Packs. To start, staple pack themes (that have been repeated throughout the franchise), I believe NEEDS to be in the base game; Seasons, Pets/Animals, University, Active Careers/Business, Generation/Family, and Fame. All of these themes are staple parts of an average human life in some way shape or form, and would greatly contribute to a fleshed out life simulator with variety and range of the types of lives a sim could live in just the Base Game.

Beyond the potential these themes would provide in the Base Game, I also believe it would expand the possibilities of the types of DLC the team could make. Having these features in the base game would mean the team wouldn't be limited with how they can use or expand these features in DLC that they develop, creating the potential for these themes to be continuously built upon and refined as more content is created. For example, even though Seasons would be in the Base Game, they could still create a seasons themed Expansion Pack that delivers more weather and climate types, new seasonal related gameplay and activities, more seasonal related consequences and effects that influence the environment and the sims within it, etc. Another example I can think of is Pets, having pets in the Base Game would mean they could create an expansion pack that expands the pets adding more pet interactions, pet related activities and objects, pet types, animations, and so on. As it is right now with themes like Seasons and Pets being in a Pack instead of the Base Game, the potential to further expand these themes just isn't very possible or realistic, and I consider that to be a limitation.

I would also like to see the return of some gameplay systems and mechanics that have been introduced throughout various packs, in the base game of Project Rene; Retail/Business', Clubs, Lot Traits and Challenges, Customizable Holidays, Reputation, Character Value Traits, Self Sustainable gameplay, Eco Footprints and NAPs. I don't want an exact dupe of these features, but something that mimics a similar function. Again, having these features in the Base Game only expands the potential for DLC to use these mechanics in any way, shape or form without limitations.

I truly believe having all these features and mechanics in the Base Game would be a win win for both the Base Game and any potential packs that may be created. It would also be something new for players to explore and experience instead of getting the same old pack time and time again. But this is just my hot take, I'm curious to know your thoughts.
1