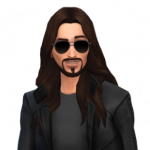 Ulfric_Grimbrand Posts: 668 Member
November 2021 in The Sims 4 Game Feedback
I understand things get rushed, and things get overlooked. It happens. But there are some real issues with integrating the packs to work with each other. Some examples:

Cats and Dogs with Cottage Living: Why on earth don't the Pets chase off the Foxes? Seriously. Why can't we have the Dogs (and Cats) "play nice" with the Rabbits?

Realm of Magic and Island Living: Scrubaroo doesn't work on the trash piles and flotsam? Really?

These are just two that bug me the most. (I don't know if Dogs and Cats will attack Dust creatures, but the in game Rumba keeps the house's floor cleared of Dust ... most of the time).

I'm sure there are other players that have other pack integration issues that I am not aware of because of different play styles.

Will Specters chase off Wild Foxes? Will Friendly Foxes chase off Specters?
13