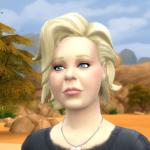 JulianneALee Posts: 109 Member
April 2015 in PC / Mac - Bugs & Gameplay Issues
This is pretty minor, and I only notice it because I like to keep stats on my Sims, but whenever a Sim ages up to Elder he/she starts out at a ridiculous age in the upper hundreds or two hundreds. And whenever I play another household and return, all the Elder Sims will have aged forty or fifty Sim days. Since I play with auto aging off and aging on for only the current played household, this shouldn't be happening. My lifespan is set to "normal," but this isn't normal at all.
Julianne Lee
Simmer since 2001
1