How to Populate a Graveyard With Actual Ghosts 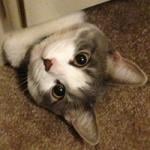 Sincerbox Posts: 2,279 Member
July 2013 in The Sims 3 Game Tools
I don't know how to use Create A World. I admire those that have learned and have the creative juices to create a whole world from scratch. I have downloaded several worlds from the exchange and have been extremely grateful to the creators of those worlds that I have had hours of fun with.

I particularly like the Gothic Worlds created by Quailhogs. In a blog post he mentioned once that it wasn't possible to put actual ghosts in the graveyard using CAW. I was wondering why that was. If you can put families in worlds why not ghosts?

This may only be possible to do using edit town after the world has been downloaded from the exchange. I don't know. But world builders have some way to add houses with families. I have downloaded them. So I was just wondering why.

My Way to Add Real Ghosts to the Cemetery using Edit Town.

1) Start a New game with the world you want to play with and do an Edit Town.
2) Replace the cemetery in the town with a cemetery that has "real" tombstones in it.

How Do I get the "real" tombstones in the Cemetery?

The short answer is to save the cemetery with "real" tombstones to the bin.
I was playing with Quailhogs' Grey Meadow Island world. For any of you who are unfamiliar it is a very gothic world full of ghosts and vampires. But the graveyards were empty of any real ghosts. I wanted the ghosts.

You can use any technique you want for creating the ghosts. Play the game and kill as many sims as you can or use MC or some other mod to create the ghosts by killing sims. In my case I collected the already existing ghosts from the graveyards of Sunset Valley and Riverview using the Manage Cemetery option at the tomb. Whether you play the game or use mods the goal is to get a collection of ghosts you want in your graveyard and collect them all in one sim's inventory. With all the tombstone's collected in your sim's inventory save the sim to the bin. Then do an edit town on the graveyard you want to add the tombstones to. Change the lot type to residential. This will cause the tomb to get deleted so you will have to add the tomb back later. Move your Sim with tombstones into your "residential" cemetery. Add the tombstones to the cemetery in any artistic/creative fashion you choose. Move the sim out. Edit Town. Change the lot type of the graveyard back to graveyard. Edit the lot and put the tomb back. Now you have the cemetery with "real" tombstones save it to the bin. Start a new game. Edit town. Replace the cemetery with the cemetery from your bin.

In fact, if world creators are sufficiently motivated to create "real" graveyards for their worlds and the graveyard with "real" graves cannot be placed using CAW they could always offer their cemetery with "real" tombstones as a separate lot on the exchange to be added in by the user.