White
Sign In · Register
Home› Feedback› The Sims 4 Game Feedback
July 27th - Bug Fixes! Catch up on the fixes with the latest patch click here
July 30th - It's time for our Friday Highlights! You can check them out here!

A Toggle for Alien Abduction; Why it's Needed. 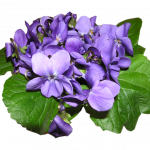 MissSweetViolet Posts: 49 Member
July 21 in The Sims 4 Game Feedback
Only so it's taken me awhile to write this up. I wanted to be sure I was expressing what I wanted to say in the clearest way I was able.

I want to start off by saying, I'm not looking to see anything removed from the game. I know many players enjoy it, I'm not trying to take their fun. In fact if we had a toggle, maybe the abductions could even be amped up for those players with the toggle off.

So I know I and many others want to see a toggle switch or some method for the alien abductions, and here is way it's needed.

1; The most important reason of all. This can be a very hard thing to watch even in a game if your someone who has been a survivor of abuse, an attempted victim, or know someone who has been a abused/attacked. It can bring back very painful memories and with no way to shut it off, you are subjected to it if you wish to enjoy the other wonderful things GTW has to offer. I feel this is also rather sexest, as this only affects male sims, not to mention it kind of trivializes it when a man is attacked/abused, in world where many of them already feel embarrassed and ashamed to come forward. It can be triggering to anybody who is sensitive to this topic for whatever reason, especially if they have PTSD from their experience(s).

2; It's not fair in general. Players who don't wish this to be a part of their sim's story have this aspect forced on their human, alien, etc sims, because if you just want to play an alien or some other species, your forced to endure this pack, yet again, since you can't play an alien, without having to put up with the abductions too. Players should have the option to play whatever species they wish in peace. Maybe your a player who just wants to play the pack and not have an alien abduction be part of your sim's story.

The main reason the toggle switch is needed, is because this is basically forced on the player. Unless you locked the door on your sims and never let them enjoy being out at night time again (The poor vampires), your only options as a player if you want to prevent this without modding is to;

A; Spend time doing the Scientist career to unlock a device that may not even be a good fit for your sim's story, plus have the fun of opening your self up to more alien attacks to achieve this, and resetting it every 24 hours.

B; Cheat, which not every player wants to do, and if your a console player, can not do anyway.

I can think of three ways to prevent this currently;

1; A toggle, this is what I feel is the best solution. It would affect the whole game, not just the lot, which seems best.

2; A pop up message, it could say something like "sim name sees some strange lights, should they investigate?" This is not a bad option, but the pop ups could get old I realize.

3; Redo or invent an item just for abductions. I had originally though of modifying the Scientist device, but I think inventing another item would be better, so the career unlockable stays an unlockable. This device would ideally be small and unobtrusive, and would prevent abductions till it was turned off, and would only be controllable by players, not the sims (kind of like locking doors). This issue I could see with this though, would be for players who like to travel off lot, since I don't know if an item would work off lot.

Well there it is, congrats and thank you if you read through all of that. I was trying to make it as short as I could, but I don't think I did well, there is just to much to this topic.

Please discuss your thoughts, I only ask you do so without insulting/flaming one another. Most of us are adults/sensible people here, let's please act like it, thank you.
A Toggle for Alien Abduction Why it's Needed
8