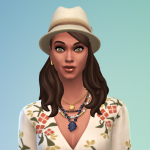 While I was playing Sims last weekend (as you do on a Sunday) and tinkering away in CAS, I was thinking that today would be a great day to create a (hopefully) fun thread.

Since it's almost the weekend and it's always nice to spend time with loved ones during those days off, I thought the topic "family fun" would be a good choice!

I'm aware that many of us have been unable to see our families and friends for quite some time now and that can be really tough. Even though this is definitely not the same, I still feel that this situation is even more of a reason to have some wholesome family play in your game enjoy some "family fun" with your Sims!

So, let's celebrate the love that our loved ones give us by showing our favourite "family fun" snapshots!

Needless to say, in this case, "family" can refer to whatever you understand by it: your favourite Sim and their fur babies, a big, multi-generational family, your latest Sim and their bestie(s) (aka their chosen family), your single mum/dad Sim and their cute offspring, your lovey-dovey Sim couple ... whatever you consider to be family!

I'll kick things off - this is my "girl power" family - three generations of strong ladies who are always there for each other and don't take life too seriously. 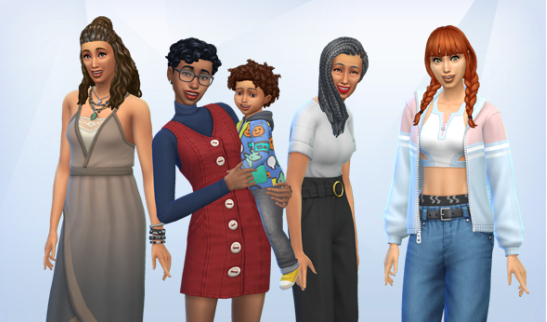 I'm looking forward to meeting your Sims families! And, of course, this covers all the Sims titles!