White
Sign In · Register
Home› The Sims Franchise Discussion
Fresh off the press - the April 13 Laundry List! Click here to find out more!
April 9 - It's time for our Friday Highlights! You can check them out here!
Welcome to all NEW SIMMERS joining us on the Sims forum! 🎉 Have fun on the forum and please make sure you check out the forum rules and
the rules about necroposting.
Sul sul Simmers! It's awesim to see that so many of you are starting new and interesting discussions! But please make sure that you do so in the right forum section. Thank you! 🙂 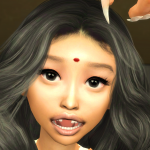 Babykittyjade Posts: 2,485 Member
March 28 edited April 7 in The Sims Franchise Discussion
For anyone interested in sims2 development from a dev. Part 1 and part 2.
I love hearing about the process of game making. And although he didn't mention it, it even gives a little insight on what ts4 development could be like behind the scenes imo.