White
Sign In · Register
Home› The Sims 3› Creative Corner› The Sims 3 World Builders
August 7 - Everyone ready for the Friday Highlight? It's ready for you here!
Are you ready for the The Sims Spark'd? Discuss the final episode here! Don't forget to use spoiler tags! Need a refresher? Click here!

Damienf519 Posts: 6,645 Member
July 29 edited August 7 in The Sims 3 World Builders
I decided it was time to show off what I have created so far. I've gotten a lot done, but this thing is still far from finished, and far from the playtesting phase, but I think I finished enough that you should be able to get somewhat of an idea of what the final product will be like. I haven't even finished any of the starter homes yet, but I have finished all the mansions and apartments, and about half of the regular homes

When I say "all in one hood" by the way. I pretty much mean it. Nectary Hills uses content from every single expansion pack and includes every single career, including the bot combat arena and the astronomy career that you can normally only get when traveling to Oasis Landing in the future. It also will have all Late Night venues so having a band will be an option if that's what you want. This world does not include a university, but it does include a coffee shop, and every single one of "social group" venues from that pack. The city also will have an academy, a Chinese garden and two nectaries. With a name like Nectary Hills, there has to be more than one of those. It will also include all Ambitions venues, Pets, Showtime, and Supernatural venues, a Seasons festival lot, along with all the Island paradise venues, including a medium size resort and three dive lots. If that wasn't enough it also will include a bot shop from into the Future and pretty much all base game venues.

Note that this is not intended for really slowly machines, but I will do my best to make sure it gets a decent framerate on most modern computers

There's a bunch of mansions in this neighborhood, but they're not even the biggest ones, those are the two 50 by 50 ones near the legacy challenge lot. Yes you will be able play a legacy challenge in Nectary Hills if you want 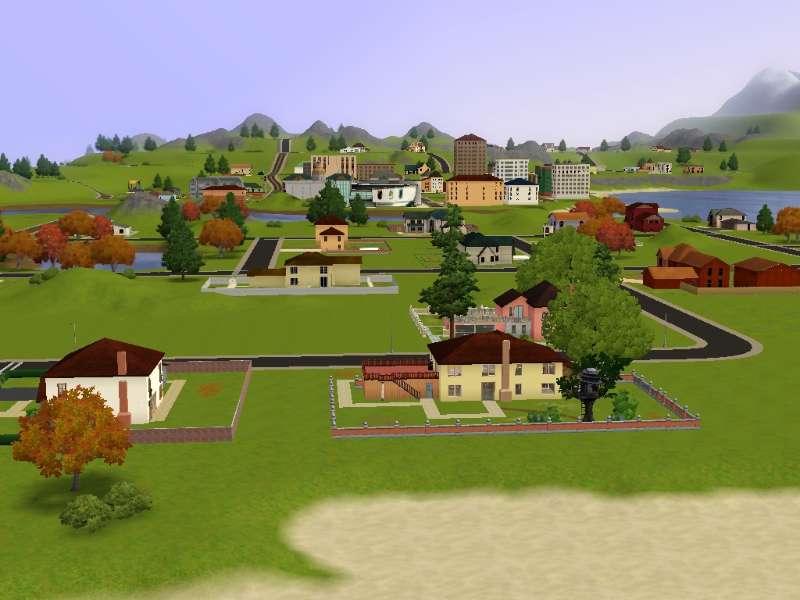 A closer look at the downtown, this was originally going to be significantly more densely populated, but I ran into too many framerate issues so I had to move some of the community lots. 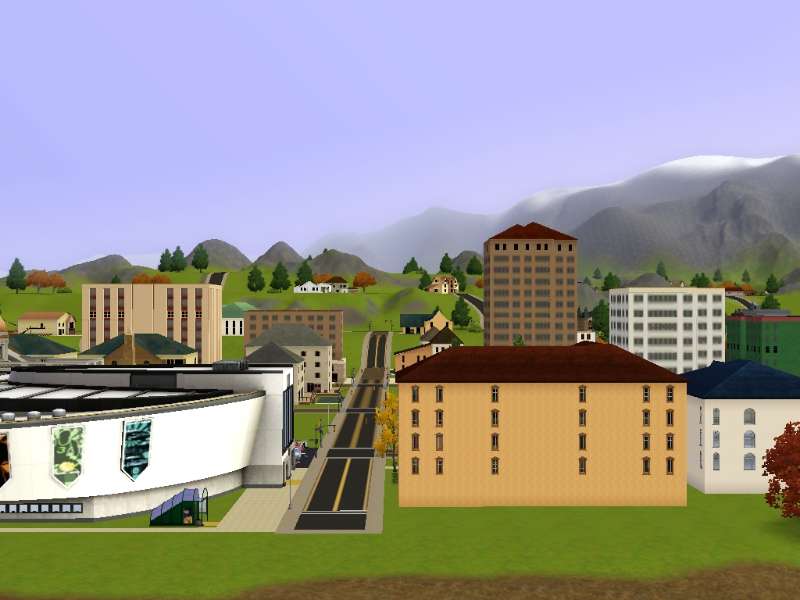 Here's a view of the hospital, a mall, the library and a couple bars 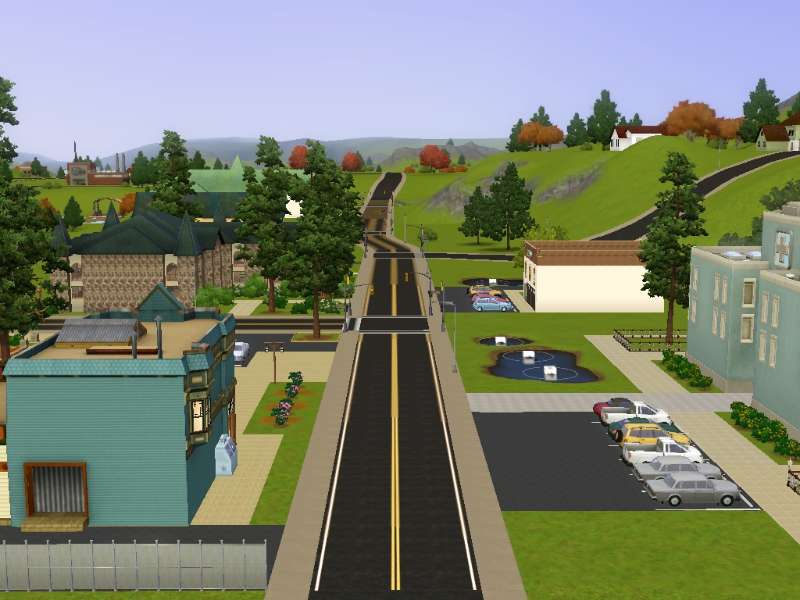 The Nectary Hills Mall / Festival Lot!* Oh and yes, it is a fully functional mall, in addition to a festival lot, which includes an extra book store, consignment store, along with a World Adventures food register, and a coffee shop. 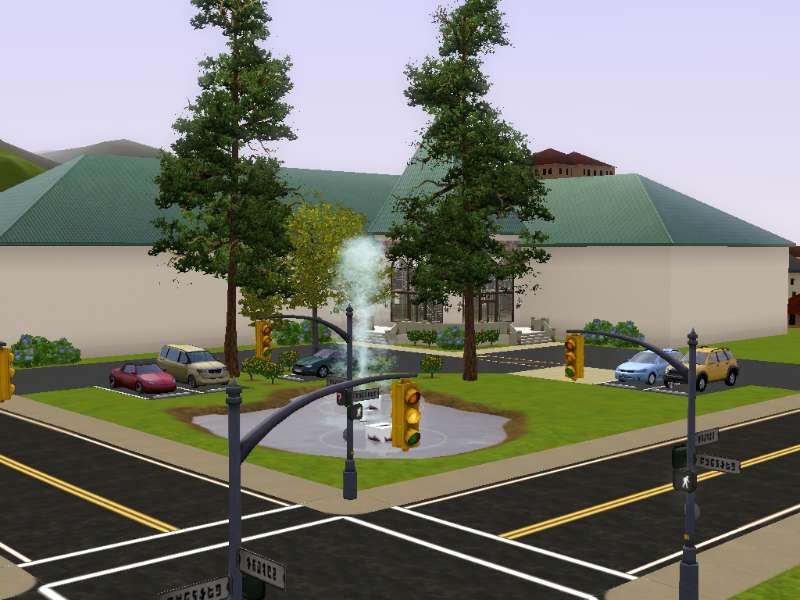 Another view of the downtown area, from another angle. You will probably be able to guess what many of these buildings are supposed to be, and no, none of them are empty 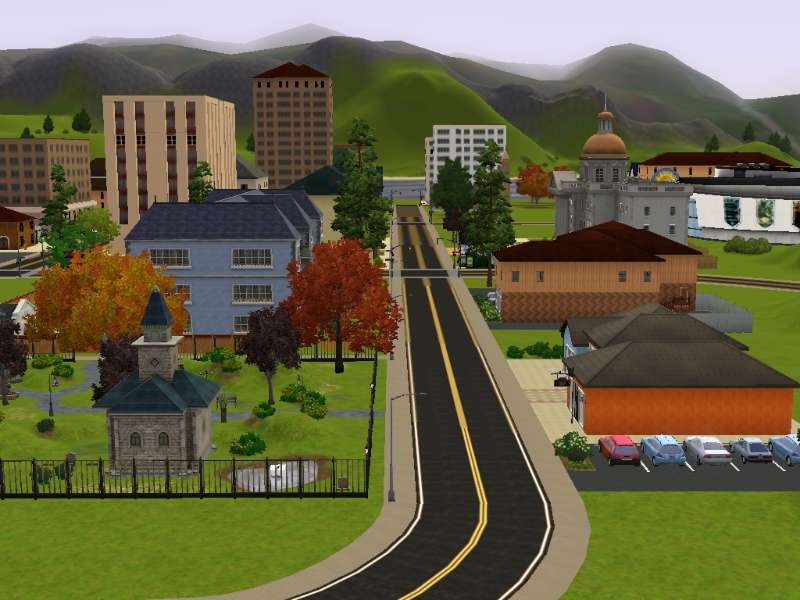 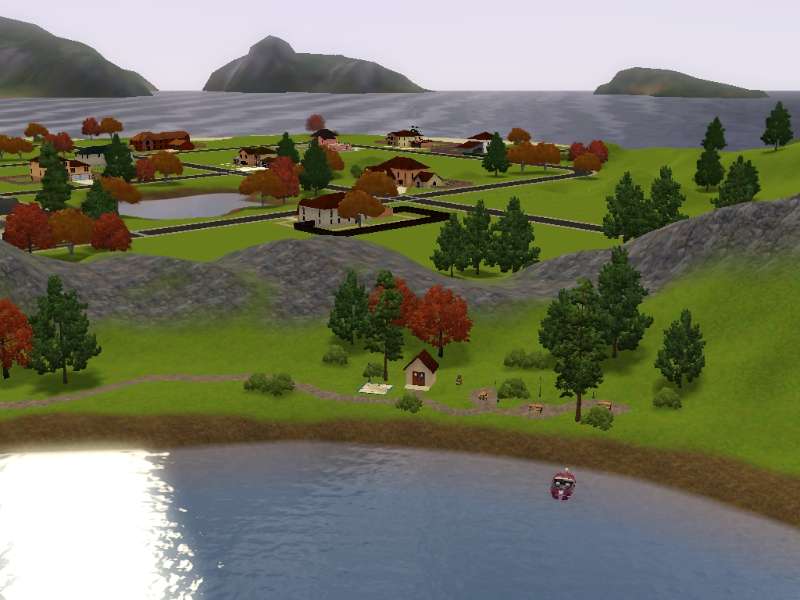 There's also a bunch of houses surrounding two lakes that I haven't even started building yet, along with two full neighborhoods of starter homes, along with many of the community lots.

So what do you guys think of this world so far? Any comments, criticisms or suggestions?

*At one point, I referred to as the "Sunshine Mall" which is what I was originally going to call it, but I somehow forgot that I changed the name.