White
Sign In · Register
Home › Feedback › The Sims 4 Game Feedback
May 29 - It's Friday. What does that mean on The Sims forums? Time to highlight some awesim discussions!

Why can't we ever get some ACTION in this game? 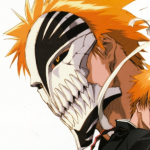 Nushnushganay Posts: 4,416 Member
May 6 in The Sims 4 Game Feedback
It just occurred to me that what I love about mods is that it can add ACTION and consequences, real competitions, risk, to the game, and that without any of that, nobody would play this game except those who want to play house! Nothing wrong with playing house, or even Barbie Dreamhouse, or even Fantasy Fashion Plates or whatnot, okay?

But the lack of action, anything competitive, is glaring.

In a life simulator, whose life are you simulating? They've done a reasonable job trying to be inclusive and allow for maximum participation by everybody...but now in addition to all the varied ways of playing dollhouse, there are...knitting packs? "prettify the neighborhood and feel great about yourself" eco living? "Save the Environment by merely Picking up the Beach and kissing Dolphins?" Sulani...

So what about a Sports Pack?! What about all the Sims who would, if given the chance, do martial arts, wrestling, watch a hockey game? I know we have B-ball and soccer...but both are basically solitary...even if you shoot hoops with friends, it's not a game. And maybe it's not feasible to have real games, but two Sims could surely wrestle, do martial arts, something like that?

The Fitness Pack, the Yoga with the spa, the kicking a soccer ball by yourself, the shooting hoops by yourself...all are physical, yes, but where is any aspect of competition?

So far they managed to include that with the chess game, and that's great. And duels (that have no consequences unless you get a mod) in Vampires and Realms of Magic are technically competitive, but very sweet-n-gentle.

I know the gaming world is packed full of the desire for competition, risk, and bloodshed, and I'm not trying to suggest that the Sims try to be all things to all people...but it could throw a bone to the large demographic that wants competition and some form of risk (at least the risk of winning vs. losing!) to be part of life, and part of Sim life too.

It would make it a lot less lopsided.