Get Famous is not working. 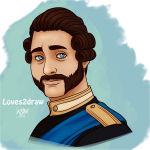 Simsister2004 Posts: 3,475 Member
April 29 in The Sims 4 Game Feedback
When I let my famous sim choose a job, and he invites producer and staff over, he doesn't get the call for going on the studio and is not being payed. It is so boring.
1