Please!! Create a Get Famous Mod 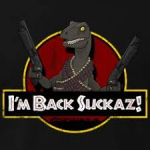 DanmanNefarius Posts: 556 Member
April 2019 edited April 2019 in Gameplay Mods
I would really appreaciate a mod that completely disables the aggrevation that is the mechanic that forces your sims and other townies to watch celebrities perform/dance! i found it causes not only extreme annoyance (try playing a single sim Household with this garbage!) but it also causes the game to lag or freeze because sims will get endlessly stuck if a few celebs are there to the point where they even pee their pants or almost starve to death, and it also prevents them from being able to go home or get stuck in it alltogether even if the celeb is long gone.

it is just a terrible mechanic and it serves absolutely no purpose at all: nobody gains any fun from it and the celeb gains nothing either, and it makes the game really boring to the poiont where i uninstalled Get Famous untill this is removed.

another suggestion is perhaps a mod that allows you to pick specific celebs that specific sims are fans of instead of everyone mindlessly fan over anything with 2-5 stars ergo you can click on Marcus Flex and choose for him to be a fan of Kayla Flemming or for music lovers and teen girls to be fans of Thorne Bailey. it could make it way more realistic than the way it is now: why would couch potatoes care about a sports star? and also add the option for sims to not be fans at all: not everyone cares about celebrities irl, yet in the game every single non-celeb is automatically a fan...