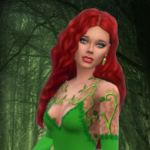 I did a casting call for this story over a year ago. Since then, life got in the way and I never got around to the story in time to use the participating cast. Also, my story has changed as well as my needs (and my readership), SO I felt there needed to be another one.

If you already subbed last time and you want to use that submission, please let me know below. Otherwise, if I don't hear from you, I'll know the sim doesn't need to be entered. Here's the link to the previous casting call: Makana Gen 6

I need slaves only! These will either be for Makana or the other women of the tribe (Hoku, Britta, etc...)

Use this as an entry form:

Why he wants to join Tribe Wahine:

If you have cc, please give me your EA gallery name where I can find it and links for cc or you can give me a direct download link:

I own all packs so don't worry about me not being able to download your Amazon.

Please use #makanawahine on your entry so I can easily find it.

I will give you one week to enter. Due date is March 27th. This time, I'll be choosing slaves according to how they fit into my already plotted story! Be creative in your entry! ***Please note*** If your slaves/women have made it into Tribe Wahine before, please use fresh genetics. I don't want Makana or Hoku mating with a cousin or a brother! *gasp*

THANK YOU!!!! Can't wait to see your amazing men!