Do you enjoy cheating for Sim money or earning it? 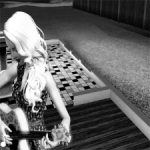 morgandaniellexo Posts: 414 Member
February 2013 in The Sims 3 General Discussion
I'd love to hear some more opinions. I feel both ways, it just depends on what mood I'm in when I play. Sometimes I want to make my sim start out with nothing, work their way up to fabulous - and I feel awesome. Other times, I just get ton of sim dollars/points and build a mansion and skip all the hard stuff.

What do you prefer? Working for it? Or, cheats?