White
Sign In · Register
Home› The Sims 3› The Sims 3 General Discussion
The latest update addressed the crashing issue that some of you have been experiencing, Click here to found out more!
November 20 - Everyone ready for the Friday Highlight? It's ready for you here.
It's Time for Another Round of SimTogether - Come Join Us! 💖 Click here to find out more! 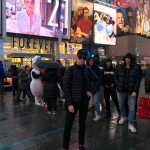 timecatcher Posts: 357 Member
May 2010 in The Sims 3 General Discussion
Sorry I know theres already a thread, but im just so excited I thought two couldn't harm anyone :P.

Not to mention game.co.uk have delivered Sims 3 and WA a day early for me both times

Anyone else from UK buying from game?

TC.
Designing a mini-game called Prosperity State as an alternative game play style for The Sims 3.
0