White
Sign In · Register
Home › KatAnubis › Activity
April 7 - We just released a patch Day for The Sims 4 on PC/MAC. Patch notes here.
April 3 - It's Friday! Find here this week's Friday Highlight
April 6 - A word from our team: coming soon to The Sims 4

I had some fun with Tiny Houses last week. I actually uploaded two houses. I haven't done that since TS2! Of course, they're both "purple" in inspiration. I built them on hills. I had seen a house on a hill that someone had done but it was too big and didn't work for me. So I started from scratch and built my own. The first one was for a single sim in the smallest size house. Then I decided to see if I could build one that would work for 2 sims in the smallest sized house. It was a lot of fun to do. However, I have some elder sims that need to move out of the family home now that the kids are having their own kids. The elders want a place of their own. But they don't want to have to deal with any steps (like in their current house.) So I'm going to build them a single level micro house. It won't be anything special, so I won't upload it. It will be something that they will like however. 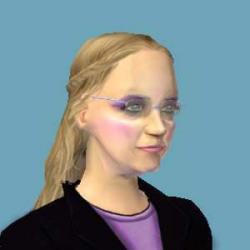