White
Sign In · Register
Home› The Sims Medieval
November 26th - It's time for our Friday Highlights! You can check them out here! 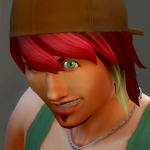 Sindocat Posts: 5,592 Member
August 23 in The Sims Medieval
I like to establish both faiths in my kingdoms, always Peteran first when it is most needed, Jacoban following when the realm attains a degree of sophistication and wealth. And I have fallen into a habit of using Heroes over for a given profession, so that I have a stable of characters, each with their own religious tendencies.

By definition, the priest at the Monastery and the Cathedral each head their faith in my kingdom. But in general, my Heroes fall out as follows:

Faiths compete for NPCs, although I generally have the Squire attach to the Jacoban church, who tend to focus on the wealthier residents. The Peteran faith focuses on the needy, only holding the Monarch and Knight by default of the Monastery having been in gift of the King, and the Knight responsible for opposing Yacothian expansion at the realm's expense.