White
Sign In · Register
Home› The Sims 4 Modding & Custom Content› Gameplay Mods
Never met your online BFF but want to? Share your story with us here for a chance to win an all-expenses paid, meet up with your BFF IRL.
The Sims 4 will be FREE to download across PC/Mac & Consoles on October 18! More info here: here 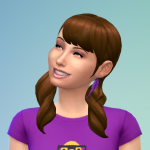 Miricha Posts: 468 Member
June 2021 edited June 2021 in Gameplay Mods
Are there any good sickness mods out there? I don't want anything too lethal or insanely contagious, but I want my Sims to actually be affected when they develop an illness beyond a weak moodlet that goes away after a couple of hours.

(I was using Slice of Life, but I've removed it because there's some other aspects of the mod I don't like.)