White
Sign In · Register
Home› Discussion› The Sims 4 General Discussion
August 12th- It's time for our Friday Highlights! You can check them out here!

We need an overhaul on the traits, emotions, whims, and aspirations systems! 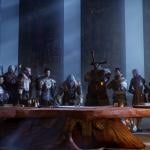 sam123 Posts: 4,494 Member
October 2020 in The Sims 4 General Discussion
These systems are very outdated and are completely holding TS4 from being one of the best Sims games ever.

At the moment the game runs perfectly and is quite fun. However these are the 4 main issues which are holding the game back and are making it lack depth and variety.

Traits:
The traits in this game are a lot fewer than the sims 3 so it makes me wonder why they aren't a lot more fleshed out and actually define our sims. They lack any impact and choosing traits now doesn't feel like I'm defining my sim to be who they are. It feels more like an afterthought and something there just to have them get a specific mood or emotion a lot more quickly. I feel like traits are just there to change our sims emotions and not actually define them.

They should be updated to actually effect our sims as they did in the Sims 3. For example let's compare the Mean trait with Sims 3 and Sims 4.

In Sims 4 it states that: "These Sims become Happy when being Mean or Mischievous to other Sims and become Confident after winning a fight."

In Sims 3 it states that: "Mean Spirited Sims love to fight, mostly because they never lose in a brawl. They take satisfaction with every new enemy made and dream of new ways to be nasty to others."

We can already see the differences clearly. Sims 4 sims with the Mean trait gain the Happy emotion when being mean and gain the Confident emotion when they win a fight. In Sims 3 these sims love to fight which means they will fight whenever they can even autonomously; they never lose their fights, and love having new enemies and being mean to random sims.

A way Sims 4 could improve this is by making it so sims with the Mean trait still get happy when they are mean to other sims, never lose fights, love making new enemies and being mean to everyone. These things should happen autonomously as I believe at the moment they do not act on their traits autonomously.

Emotions are sadly just a gimmick. There is no point in having traits effect sims emotions as it is so extremely easy to alter a sims mood. Since the game has been out for so long there have been many packs with many different items which allow us to change our sims moods whenever we want to. If you want your sim to be playful there is no point in having the childish trait as they can just play with their cat or watch a comedy show. The emotions are quite pointless and to be honest they should be a lot more impactful and there should not be so many. I wouldn't mind if they cut down emotions to just happy, fine, sad, and angry. Just 4 different emotions that would impact our sims lives and choices. I'm not sure about the other simmers but I don't go out of my way to make my sim be inspired before painting a picture, I just have them paint.

Whims can be so much more, such as they were in the Sims 3. In Sims 4 they have been toned down so so much and this is quite disappointing. They feel absolutely random and do not feel like something specific to just one sim. It feels like all sims get all the exact same whims, and with every new pack the whims just have us buy the items even though our sim has not done anything related to the new pack at all.

The aspirations are glorified tutorials and it has become so upsetting to see how much worse they get with every new pack. I hate the fact we can switch them out whenever we want - it makes the game extremely easy and lack any consequences. These should work like life time wishes in the Sims 3. However if our sim completes their aspiration they then should have the option to switch it or have there be something to buy in the reward store to allow you to swap it. We should not be able to switch them out whenever and they should be stuck for our sim to help define them more. The rewards also need an overhaul and balance update, some of them are useless and too cheap to buy making it so easy again. For example the aspiration store is also where it can be very easy to just swap emotions whenever you want to as the rewards are so cheap to do so.

The Sims 4 is getting a lot better than what it was at release to be quite honest. I am enjoying it a lot more and if they add a Generations Expansion Pack which gives a lot more activities for our sims of every single life stage then this game would be complete for me. A Generations pack NEEDS to include cars and bunk beds as well as a baby update though! (The sims 4 would can also improve so so much if they just find a way to open upm neighbourhoods at the very least.) This will cut down loading screens so that we can actually do some more things outside of our sims homes.
14