I thin my eco footprint score is bugged 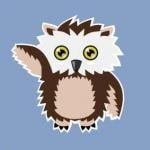 jimbbq Posts: 2,727 Member
June 2020 edited June 2020 in The Sims 4 Packs Discussion
So I tried very very hard to bring my industrial footprint to 90% full. I have a lot of power generators and all the dirty stuff. No matter what I do further the industrial footprint is stuck at 90%. So I used cheat to bring it up to full industrial level and rapidly it is dropping back to neutral. I would have thought it should drop back to 90% but nope it dropped and dropped.