White
Sign In · Register
Home› Discussion› The Sims 4 Speculation and Rumor
Sul sul Simmers! Find out more about The Sims 4 Kits HERE and tune into our Twitch live stream today, March 2nd, @11 AM PT / 7 PM UTC! 🎉
Feburary 25: Today is patch day! 😃 To read the patch notes, click here!
February 26 - Is everyone ready for the Friday Highlights? Check them out here.
Welcome to all NEW SIMMERS joining us on the Sims forum! 🎉 Have fun on the forum and please make sure you check out the forum rules and
the rules about necroposting.

Sims 5 - All careers + school/highschool should be ACTIVE (opinion) 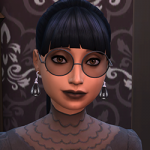 jooxis Posts: 504 Member
January 2019 in The Sims 4 Speculation and Rumor
This is what would help make the case for the fifth iteration of this franchise for me. No more rabbit holes/chance cards. If I choose to follow my sim to school that day I want to be there and I want new, unexpected stuff to happen there. Maybe a classmate picks a fight with them or another classmate embarrasses them in front of class. Maybe there's a class field trip that day. If I choose to follow them to work, same drill. I think every career could be made into an active one *including teen careers like lawn mowing, babysitting, etc.). If each new iteration of the game is supposed to break new ground I want it to do this then. I don't want my sims disappearing off screen anymore. Anyone agree?
10