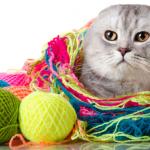 mayray Posts: 1,426 Member
September 2017 edited September 2017 in The Sims 4 Ideas Corner
I miss playing Witches. They were really the only thing I cared about in any Supernatural pack
I wouldn't mind seeing just a Witch pack.
Here are some of my ideas. My apologies if this has been discussed before.
Is anyone else really wanting witches back, like me? What would you like to see your Witchy Sims be able to do?

Some of my current ideas