White
Sign In · Register
Home › Discussion › The Sims 4 Packs Discussion
May 29 - It's Friday. What does that mean on The Sims forums? Time to highlight some awesim discussions!

Why there is no gender filter for clubs? 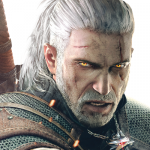 halimali1980 Posts: 8,246 Member
December 2015 in The Sims 4 Packs Discussion
We have filters like age, skill etc but there is no gender filter!
I would like to make a club of old ladies having coffee/tea and gossip all the time.

The problem is that the eligible sims that show up are not all the sims in the worlds and not being able to filter by gender reduces the possibility to see the females I want to add to this club as half of the numbers shown will be males.

For separate activities in the social I would have loved to see things like "Gossip" to make the gossip club or chit chat club. and also autonomous "Ask about sim" "Talk about sim" where I could make few elder ladies get together and talk about people they knew to each other.
Everything I post is an opinion here and I think every post of others is as well.