How broken is Realm of Magic still? 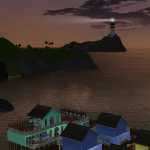 MadIris Posts: 562 Member
January 2 in The Sims 4 Packs Discussion
Considering getting it but was told that if you go to the realm all of your sims become spellcasters. Just want to know from the experienced if that's a widespread thing.
0