White
Sign In · Register
Home› The Sims Spark'd
You Make The Sims! Let's recognise and celebrate our amazing community! 💚
As we celebrate Black History Month and highlight our Black players, tune into their Twitch live streams and join the fun! 🖤
February 19 - Is everyone ready for the Friday Highlights? Check them out here.
Welcome to all NEW SIMMERS joining us on the Sims forum! 🎉 Have fun on the forum and please make sure you check out the forum rules and
the rules about necroposting.

What I Expected the Sims Spark’d to Actually Be 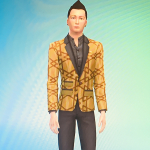 Mouselline Posts: 4,414 Member
August 2020 in The Sims Spark'd
Alright so, I loved the Sims Spark’d, but it wasn’t what I expected, nor wanted. If any of you watch the MCC (Minecraft Championship) you know that it’s very different from the Sims Spark’d. The Minecraft Championship is a bunch of people getting together to do mini games to try to win. Sounds similar to the Sims Spark’d, right? Wrong. MCC is funny, and focused on the actually gaming part of the competition. Spark’d I felt like focused a lot on drama and the people. It felt like I was watching a show like Masterchef, not a video game competition. People cried, StephoSims left, Team Llama got into fights, etc. I felt like they tried to hard to copy shows like Masterchef instead of making it the awesome, funny, video game competition I was hoping for. I decided to post this one here to see how many people agree with me. Do you enjoy the Sims Spark’d how it is? Or would you rather it be less dramatic, like they are focusing to much on the drama and less on the game play?
7