White
Sign In · Register
Home › The Sims (2000)
February 21 - Everyone ready for the Friday Highlight? It's ready for you here!
February 14 - 3rd vote results for the Community Stuff Pack are ready!

What happened in your game today? 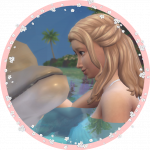 PrincessAmy Posts: 225 Member
June 2019 in The Sims (2000)
I apologise if this is already a thread there are so many pages and I couldn't find it and I felt this thread should also be here to, I love playing The Sims 1 still!

To everyone who plays The Sims 1 what happened in your game today? I would love to hear your stories!
(I will post some of mine when I get access to the game again I left it at my boyfriends haha)

My Origin ID: BunnyPrincessAmy
💛 "Where they are just and loyal, Those patient Hufflepuffs are true and unafraid of toil" 💛
- Sorting Hat 👒
0