TS4 with better Wants and Fears 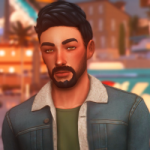 Eliharb Posts: 470 Member
May 2017 edited May 2017 in The Sims 4 Game Feedback
I think "Whims" and aspiration goals in the sims 4 aren't really that present in the UI and it's easy to forget about the aspiration you chose and how it impacts the gameplay in any way. When you pick traits and an aspiration in CAS and move onto playing that sim, it doesn't make the sim that different from other sims behavior-wise, aside from the occasional scripted emotion/moodlet every now and then.

I think unless the Wants/Fears system in TS2 was way better and more visually present. Wants and fears encouraged gameplay based on the aspiration. It could promote use of new features when you install new content and remind you of features present in the game.
I'd love a reminder in the form of a sim wishing they could go camping for example, or being afraid of meeting a vampire.

I don't know if it's difficult to modify the UI to make wants and fears more than tiny bubbles noone really remembers to check, and aspirations and goals more than a list that's hidden behind a small icon.