White
Sign In · Register
Home› The Sims 3› Creative Corner› The Sims 3 Stories and Legacies
Sul sul! How many baes is too many? The answer is NONE! Join @kelseydangerous on her journey of love as she attempts to maintain 100 romantic relationships.
Follow along on her road to love here!
September 17th- It's time for our Friday Highlights! You can check them out here!

Last I Saw Was Yellow - A Crime/Supernatural Story 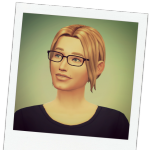 The glittering city of Roaring Heights holds its breath as dusk settles in with shades of orange and purple. Only the brightest of stars can guide those who risk taking the short cut through a dark alley while the streetlights offer little comfort on back way roads. Police vehicles cruise the streets. Store clerks file out in twos at closing time. Doors and windows are locked, double checked, and bats lean against the bedside table. Everyone is on edge.

Yet, despite the best efforts of the local law enforcement, another victim will be found the next morning. Much to the continuing disappointment and irritation of the RHPD, the crime scene will be clean of fibers, fingerprints, and hairs. It’s a serial case that shakes the entire foundation of the city, threatening to cause wide spread panic, self destruction, and the abandonment of morals. The citizens emphasize that they won’t be the next victim in acts of fear and aggression. They’ll take the law into their own hands.

However, hope comes in many forms and every wish and prayer made by the people has a chance to change the fate of Roaring Heights.

Be it for better or worse.

This story doesn't follow any legacy or challenge and is a purely plot-driven read. The idea more or less stemmed from multiple half-thought out stories I had in my head being thrown into the bowl together. Picking up the Sims 3 one night and halfheartedly starting up a new family had me think about the old forums and the stories I would spend hours reading as well as the one I attempted at one time (where it was going and what the plot happened to be is now lost to me, however). With that thought in mind as well as the brewing story swirling around in my head, I decided to throw two and two together and create LISWY! Now absolutely in love with its characters as well as what I have planned, I'm hoping to see it through and finish my first Sims story. Fair warning: the story does deal with mature themes at times and occasionally has profanity.

Last I Saw Was Yellow can be found here on the WordPress site I'm using to keep it spiffy and organized!
Post edited by Blackrain95 on April 2016