White
Sign In · Register
Home› The Sims 3› The Sims 3 General Discussion
October 16 - Everyone ready for the Friday Highlight? It's ready for you here.

Good cc-sites- ultimate list! (If you're searching for cc, look at this topic) 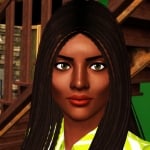 Because a lot of people stay asking for good reaslitic clothes, no barbiedoll-shining hair etc....I decided to make a topic where EVERYONE can post links to a lot cc-sites, from furniture to hairstyles.

If you mean a certain creator from TSR or MTS, post a link to their page on those sites or their blog/tumblr. (just google the same name as you see on MTS/TSR)
Post edited by GITTE2001 on September 2017
My wishlist! Give items if you want!!! (RANDOM ORDER)
Ultimate cc-list
My top 5
16