White
Sign In · Register
Home › The Sims 4 › Discussion › The Sims 4 General Discussion
January 17 - Friday Highlights are back! Come take a look!
January 17 - Ready for a -not tiny- livestream? Click here!
January 16 - Patch day for The Sims 4! Find the patch notes for PC/Mac here, and here for console (someone said Gallery?)

What are YOUR ideas for EP's and SP's? 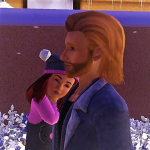 ApparentlyAwesome Posts: 1,393 Member
May 2013 in The Sims 4 General Discussion
One of the things I love reading about in the forums are the ideas for EP's and SP's from other Simmers, and even though Sims 4 isn't out yet and we have no idea what expansions and stuff they have planned for 4 (if they have them planned at all), we can dream, right?!

Forget about whether the ideas are possible or impossible for EA to do, I just want to hear your ideas, hopes, wishes and/or dreams for Sims 4 EP's and SP's. What kind of EP or SP would you love to have? You can describe their features, things they'll have, everything. I want to hear it all!

I think my favorite EP idea is an amusement park. I like the idea of it being like a vacation world and have a kind of WA thing where you pick the amount of days the family stays there. They have fun at the park until closing, riding rides and playing games, then stay at the hotel to rest through the night until they can go back to the park again. And maybe the hours of the park change with the seasons, like it stays open in the summer longer and closing isn't until midnight or longer on weekends.

Another EP idea that I think would be nice is a Farming EP, and I think if they re-release Pets, this should be in conjunction with it. Very few of the Sims I create will probably ever be a farmer, but I like the idea of being able to have farm animals and I’ve read multiple forums where people say they want to be able to not just plant fruits and vegetables, but they want to be able to have cows, chickens, pigs, sheep, goats, etc. And I don’t know about you guys and gals, but I wouldn’t mind my Sim having a pet pig in addition to dogs and cats. It also seems like the opportune moment where we could have the ability to expand lot sizes and/or own other lots to plant crops and have the farm animals.

Some other ideas I like include and all sports pack where are Sims can play basketball, baseball, football (touch or tackle), wrestling, etc… Maybe even include games like capture the flag or something.

All music where we have instruments like a flute, clarinet, bass guitar, ukulele, trumpet, trombone, saxophone, tambourine, etc…

And a baby/toddler pack which I have to admit, I like the most. More clothes and hair styles for toddler, maybe if we have babies with limbs we could get clothes for them and baby blankets. Things like playpens, baby monitors, more cribs and toys and other baby and toddler things. Maybe the pack could include more things for children as well.

So list your ideas, please and thank you! I'll read them all 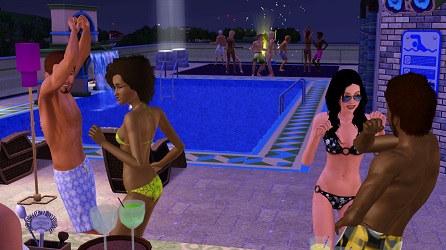