White
Sign In · Register
Home› The Sims 4 Modding & Custom Content› Mods Bugs & Issues
August 19th- It's time for our Friday Highlights! You can check them out here! 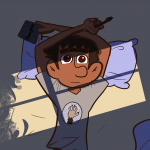 DoodleSmack32 Posts: 50 Member
August 1 in Mods Bugs & Issues
Anyone else's games just super unplayable since the update? I know there's a way to avoid the "saving" glitch that's been happening, but even when playing on normal lifespan, I'm getting issues. Today I loaded up my game to find two of my Sims from the household completely gone. They aren't in the relationships panel either but they are still in the family tree. But when I click on their icon in the family tree, no family pops up underneath them. It's very frustrating because I have gone through almost 10 generations through this grandma Sim and now her legacy is gone. I quit without saving and I'm not opening up the game until the patch releases. But waiting for this patch is also frustrating. I play with some mods and CC but I don't think they are the issue since I use popular mods like MCCC.
1