Is it worth getting Ambitions Expansion Pack Commemorative Edition or just the normal version? 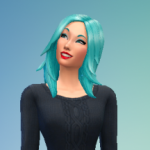 melburger1 Posts: 224 Member
June 2010 in The Sims 3 General Discussion
I just looked on GAME and it says that the The Sims 3: Ambitions Expansion Pack Commemorative Edition comes with a 48-page hard-backed 10th Anniversary book includes bonus assets: wall poster, sketch book, ‘Build your own Plumbob’, and a digital asset card.