White
Sign In · Register
Home› The Sims 4 Modding & Custom Content› Mods & CC Technical Discussions
January 27th- It's time for our Friday Highlights! You can check them out here! 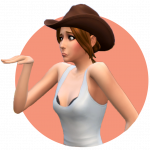 tipsycowplant Posts: 1,731 Member
April 2022 edited April 2022 in Mods & CC Technical Discussions
I'm working on my first mod (making hidden traits visible and assigning them missing names/descriptions/icons), which is going great! Everything shows up perfectly in-game. But while testing the weather preference hidden traits from Seasons, I noticed the traits didn't seem to do anything. I went digging in the files to look for associated buffs, and it seems like only Loves Rain, Loves Snow, Loves Wind, and Hates Wind have buffs, meaning the rest of the traits do...nothing? Also, the Loves Rain and Loves Snow buffs are hidden (supposedly affect autonomy, but I didn't notice any autonomy changes during my testing), so I don't really count those. I expected all of the traits to have visible mood buffs similar to Loves/Hates Wind.

My next question is, how do I add a buff to a trait?

I've looked for a tutorial, but everything I found uses Mod Constructor, and I'm trying to learn how to do it in Sims 4 Studio.

...which is how I assume I do it. But Loves/Hates Wind has no similar code in its trait tuning file. I'm just so confused