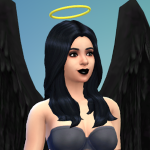 I want to write a script that sets it always to quarter-tile snapping, but I couldn't spot anything by searching through the source files for appropriate words. Googling just keeps landing me on pages talking about quarter-tile floor texture placement, which isn't what I'm looking for.

I'm hoping someone else has run across it, either as a python function or a runnable script command.