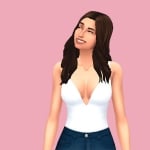 Kyliesswartz Posts: 225 Member
January 2018 in The Sims 4 General Discussion
I have been playing my current household for 22 generations so obviously I have a bit of lag. I have never noticed it until I started up a new family for a LP on my youtube channel and noticed how smooth the game is. Do you have any tips to make the game less laggy?
Find me on youtube at ThePinkPlumbob!
https://www.youtube.com/channel/UCngehKv5aq6eTZyGDlI5YZw/videos?view_as=subscriber
0