White
Sign In · Register
Home› Creative Corner› The Sims 4 Challenges, Stories and Legacies
July 1st- It's time for our Friday Highlights! You can check them out here!
The Sims 4: High School Years EP launches July 28th! Click here to find out more! 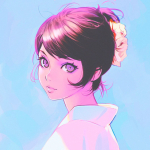 Hello and welcome to...

In here we will be following tale of Cinderella (Cindy) Tremaine as her life takes a sudden turn for the worst with the introduction of her new step family. This story will be broken up into parts, most of which have already been posted in the What Happened In Your Game Today? thread.

Looking forward to having the complete story up here.