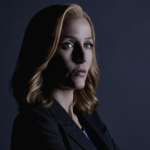 DanaKScullyFBl Posts: 352 Member
February 2018 in The Sims General Discussion
I know this is silly to ask but please please please please bring the Sims 1 game to Origin it has been 18 years since we started to play it and I well miss it so much I have all of the disks of the Sims 1 and I can install it just fine but to play it my computer is like Nope not going to happen I just really miss playing Sims 1 the game that got me hooked on the whole Sims series Can we please try to get it on Origin in the future so non Simmer who have never played the game play with a true Classic then go to Sims 2 3 and 4 to see what made us true Simmers? This is my Only wish right now is that we bring the Sims 1 back from Grim's hands and the shadows and bring life to a game that everyone that started out with has great memories of playing. When I got the Sims 1 base game I played for 33+ hours and I killed off Bob on accident and I was ready to give up the game but I didn't I stayed with it and I'm still going to stay with my Sims no matter what they have my heart. Thank you Sims team and EA for making a Great Series with the Sims!!!